To Have Something Hot

by Erik Cameron and the Flat Sevens 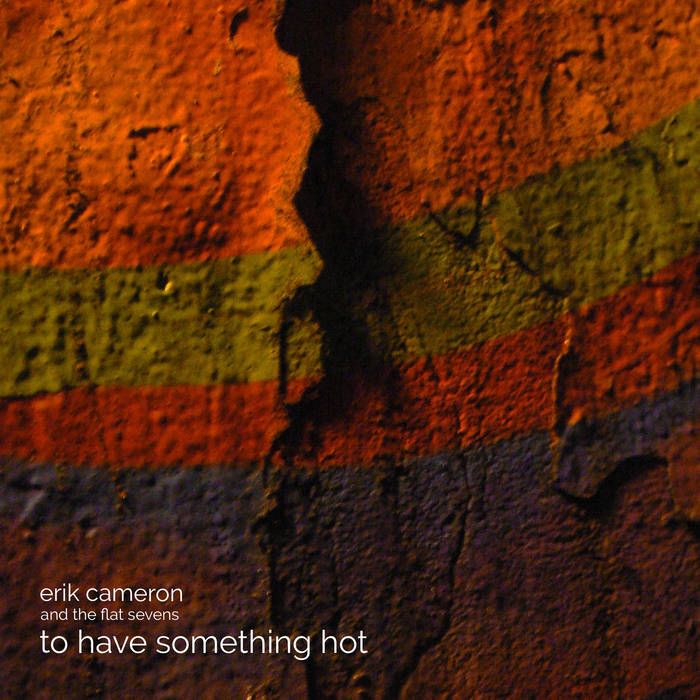 Written and recorded between 2/1/15 to 5/1/15, at homes and practice spaces around Chicago. (No professional studios were harmed in the making of this album.) These songs, along with two others, began life as an impulsive FAWM project: fawm.org FAWM is wonderful, and if you write songs, you should do it. Meeting the schedule did not permit attachment, self-doubt, backing off of personal material, or any other form of autodestruction.

Facts: Joshua, John, Ben and Steven provided outstanding singing, playing, and overall humanity to this project. Julie Key was my second set of ears, and is someone I want very much to impress. Andrew Neher invited Steven and I to play at Louder House in the first week of February, and I don't know what this album would have come out like without that show---"Animal Spirits" materialized the next day, more or less in one piece, full of energy and Extravision-esque rhythm guitar. So that one is for Louder House, with thanks to Andrew, Ryan, Mitar, Vivian, Michael, and everyone else who helped make that show happen. Yet more unadulterated fact: If FAWMers aren't careful, they're going to ruin the Internet's reputation for hostility; to all of you that listened to early mixes and left support and feedback, thank you so much. I'm looking forward to being a better listener in '16. Finally, thanks are due to my dog, Bessie, who not only puts up with me, but made her serendipitous turn on percussion exactly as it appears on the album, with no punching in.

Track 1 samples the NASA recordings "Mercury 7: Liftoff" and "Quindar: Sound #1", which they have kindly made available to the public despite years of budgetary abuse at the hands of the American people, who frankly won't appreciate them until all of the corn left in the universe is growing in space. soundcloud.com/nasa

Written/produced/recorded by EC. All songs © 2015.

Bandcamp Daily  your guide to the world of Bandcamp

Featuring appearances from Kari Faux, Bluestaeb and and interview with NY-bred artist Wiki